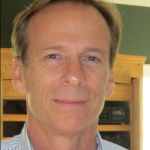 Stephen P. Antisdale is a leading executive in the stone industry. As the Founder and Chief Executive Officer of Stone Ally, Steve takes project management personally. He has sourced and supplied stone for the Wynn Hotel-Macau, the Bellagio Hotel-Las Vegas, and the Beau Rivage Hotel-Biloxi, as well as hundreds of other projects.  To date, Antisdale has procured over $70 million in customized work. He began his career at Walker Zanger after earning a Bachelor in Economics at Occidental College.  A former football and rugby player, Steve is focused, detailed-oriented, and known for getting the job done. He offers verified and tried suppliers to the casino, hotel, commercial real estate, and luxury residential industries. Committed to being an asset to builders and designers, Steve and Stone Ally are affiliated with the Marble Institute of America and the Home Builders Association. 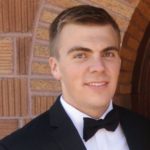 Mitchell Antisdale, CPA is Stone Ally’s new Operations Director where he is focused on providing excellent service to our clients, building new relationships and managing business operations. Mitch has years of experience in the stone industry. He worked as an intern for Stone Ally before a three-year tenure at KMPG International as a SeniorAudit Associate where he received recognition for high-quality work on multiple engagements. A 2016 graduate of the University of Oregon, he holds Bachelor of Arts degrees in Accounting and Chinese. Mitch has moderate business proficiency in Mandarin. In 2014, he held an internship in Shanghai with St James’ Place Wealth Management, which was preceded by a study aboard program at East China Normal University. A lifelong rugby player, Mitch currently plays for the Pasadena Rugby Football Club and previously played for the San Jose Seahawks Rugby Football Club. He has a passion for travel, particularly in Asia, and enjoys live music. 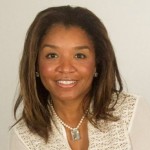 Monica Lee Copeland is a marketing and communications strategist. She serves as Stone Ally’s Chief Marketing Officer, directing the brand and managing its image. With 20+ years of experience orchestrating strategic corporate initiatives, creating marketing programs, and implementing public relations campaigns, she provides our firm with the basis to make deeper connections with builders, designers, and vendors. In addition to Stone Ally, she operates MLC & Company, a boutique marketing agency. She directed the image of a $1.6MM brand for Transamerica Insurance and Retirement Service. Monica holds a MFA in Writing from Vermont College and a BA in Arts and Sciences from Northwestern University. 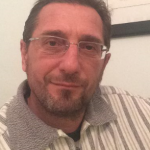 Antonio Barbaduomo is an Architectural Engineer, providing surveying and technical drafting acumen to Stone Ally as Lead Estimator. His favorite projects include The Current, Berendo, and New Hampshire commercial residential projects. He has been living and breathing stone since birth. The son of a stonemason, the Carrara quarries in Italy were his childhood playground, and now the location of a second home that he shares with his wife and children. Antonio met Stephen Antisdale during his tenure at Walker Zanger as an estimator and project manager. Prior to that role, he provided technical solutions to GB International and Aztec Stone, both located in San Francisco. He began his career working in Milan for GB Italia SRL and Ettore Bosisio SRL. In addition to his detailed business nature, Antonio has a knack for languages. He is fluent in Italian and English and has a working knowledge of Spanish. A graduate of Milan’s I.T. Geometri, he has provided technical expertise to the stone industry for two decades and has an AutoCad certificate from Glendale Community College. 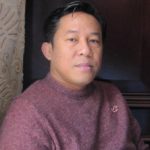 Reggie Alicbusan is an Architectural Engineer with over 25 years of experience in the stone and marble industry. A Lead Estimator for Stone Ally, he has worked with Steven Antisdale on iconic projects like the Four Seasons Baltimore and Wynn Hotel Macau. He loves his work because it is unique. “Where else can you build it from scratch thereby designing it into reality?” Reggie received his degree in Architecture for the Mapua Insitute of Technology, Manila, Philippines. In addition to providing excellent technical acumen and shop drawings to the team, he also is an accomplished pianist and keyboardist who plays for “Grasp.” He appreciates Steve Antisdale’s deep knowledge of stone sourcing. Previously, Reggie provided estimation expertise to AR Consulting, Ventura Marble, Carnevalle & Lohr, and Realstone. He resides in the Los Angeles area with his wife and three children. 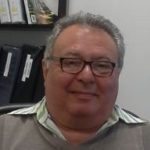 Fred Zamani is an Office Manager and Estimator with a difference. He works in the Los Angeles Office and is most likely to answer your telephone call. With over 35 years in the industry, Fred has a thorough knowledge of the stone and marble industry, which began at North Hollywood Marble. He holds a Bachelor of Science in Mechanical Engineering from Cal Poly Pomona and loves supporting the work of our clients. He resides in Los Angeles with his wife and children.

“I first met Stephen Antisdale when we were installing the original Beau Rivage Casino + Hotel. I was impressed with his knowledge of stone and vast resources that he became our main stone supplier. Over the past 20 years, we have consistently used Stone Ally’s services even to do the Beau Rivage rebuild after Hurricane Katrina, which was a challenging feat due to the tight deadlines. I have since used Steve’s firm on countless projects, including the Isle of Capri Casino + Hotel, Hard Roc…

It has been a pleasure to work with Stephen Antisdale and Stone Ally (formerly Stone Connection) for the past 25 years.  There is no one I trust more when it comes to stone knowledge. Steve is my go to source for stone selection, fabrication, and project management. His team is also great at handling my stone furniture fabrication needs. They deliver high quality craftsmanship with stunning end results. More importantly, they deliver on time. Steve is set apart because he genuinely cares about…

Stephen Antisdale and I have worked on many projects over the past 20 years. The most memorable is the new Bellagio Hotel Casino in Las Vegas, Nevada. As you can imagine, Steve had to manage the procurement of over 500,000 s.f. of stone and mosaics from around the world. Stone arrived from China, Italy, Portugal, Turkey, and the list continues. Anyone who has visited to Bellagio can attest to the fabulous stone work, requiring significant project management prowess. I recommend Steve and his tea…